How Is a Job Ad Exchange Different from a Job Distribution Engine? 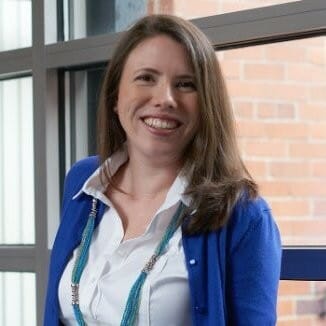 For many years, companies have relied on job distribution from their ATS or from companies such as eQuest or Broadbean (now owned by CareerBuilder) that allowed a recruiter to take a job and instantly send it to many different job boards. The time savings was immense, and as companies adopted this technology, the technology took a time-consuming and tedious task (logging into each job board, copying and pasting the title, job, etc., and posting the job) and automated it. It was a simple, one-way street, where the job distributor made all the decisions and was responsible for the successful transfer of the job posting to each respective job board you wanted the job to be on.

Job distribution had a second incredibly helpful feature: inventory management. Over the years, companies started pre-purchasing their job postings in big groups to use throughout the year.  But that created its own challenges: Some recruiters would be judicious and only post some jobs, others would post everything, and still others would post and refresh those jobs – each of these actions “used” a job posting from the inventory. Companies would run out of postings before the end of the year.

Job distribution companies created methods to pace out the use of the postings through a variety of means such as weekly or monthly allotments or dividing up the inventory by recruiter or group to give companies a fighting chance of having postings available for the end of the year.

The results for each posting were completely dependent on how well the job board did sending candidates to those jobs and on those candidates completing the application process. The job boards took no responsibility in the success or failure of any given job posting.

The introduction of CPC job boards threw a wrench in all of these job distribution methodologies that were built around standard pre-paid 30-day postings. Performance boards are designed to tackle the problem of companies buying job postings and getting zero return for them – gone were the days of “you get what you get, and you don’t get upset,” a viable argument for the poor performance of a job on a job board. Rather, companies only had to pay if the performance job board drove actual engagement with the job as measured in clicks. Now companies were paying for performance, rather than “space” on the job board.

Companies were encouraged to post all of their jobs to the performance sites, no longer needing to pick and choose and worry if there were enough job postings left to cover your needs for the rest of the year.

But that meant that job distribution only needed to worry about getting all the jobs to the job board – inventory management simply wasn’t an issue.  Budget utilization quickly became the new problem to solve. With all the jobs going to the performance site, a small budget could disappear quickly. The existing infrastructure of job distribution software simply couldn’t be tweaked to handle this new problem. The budget utilized isn’t a one-way street – understanding what clicks at what price and if they “counted” requires a much deeper understanding of how to manage a performance board and constant feedback loop.

To regain control, programmatic technology is a must. The management of the bid, the budget, and the goals by you, and not by the job board, are also essential. The job distribution engines can’t provide that control but that doesn’t mean it can’t be done. It’s simply a matter of thinking about job distribution differently.

But once you can manage one site – why stop there? Since it’s free to post – and you only pay for performance – the best way to capture the opportunity is to go big and gather up as many job boards as possible to extend your reach, and then quickly overlay control to stop spending money where it’s no longer valuable. But unlike traditional postings, working with many job boards individually can be taxing for other reasons, such as vendor and payment management.

This is the opportunity and the value of a job ad exchange.

Job ad exchanges allow you to distribute your jobs widely, for free – you pay only for performance. Plus, the high degree of control helps ensure your budget goes where it is most needed, and it’s paced to last. And as an added benefit to you, and your finance team, you only have one partner to work with.

To learn more about job ad exchanges, download our whitepaper, “What Is a Job Ad Exchange.”

You may also enjoy: