The Job Market Hasn’t Normalized from Delta Yet

The September jobs report was a disappointment, as the Delta variant prevented a full recovery in COVID-sensitive sectors and made many reluctant to look for work.

Delta continues to have an impact on hiring

Hiring growth slowed notably in September, with nonfarm payrolls rising just 194,000 – down from over a million in July. Note: the “reference week” during which the surveys were conducted last month to produce these numbers occurred before a big drop in COVID cases.

Leisure and hospitality jobs rose by just 74,000 (or 0.5% month-over-month), a fraction of the strong monthly gains seen through July – a sign that the Delta variant continues to restrain hiring. But there were some bright spots. Transportation and warehousing jobs continued to grow strongly, reflecting e-commerce and logistics trends gaining momentum; payrolls in that sector grew 0.8% last month, and are well-above their pre-COVID levels. Retail jobs finally had a strong reading, with hiring up 56,100 (or 0.4%), after two months of declines – perhaps a sign of a strong holiday hiring season. 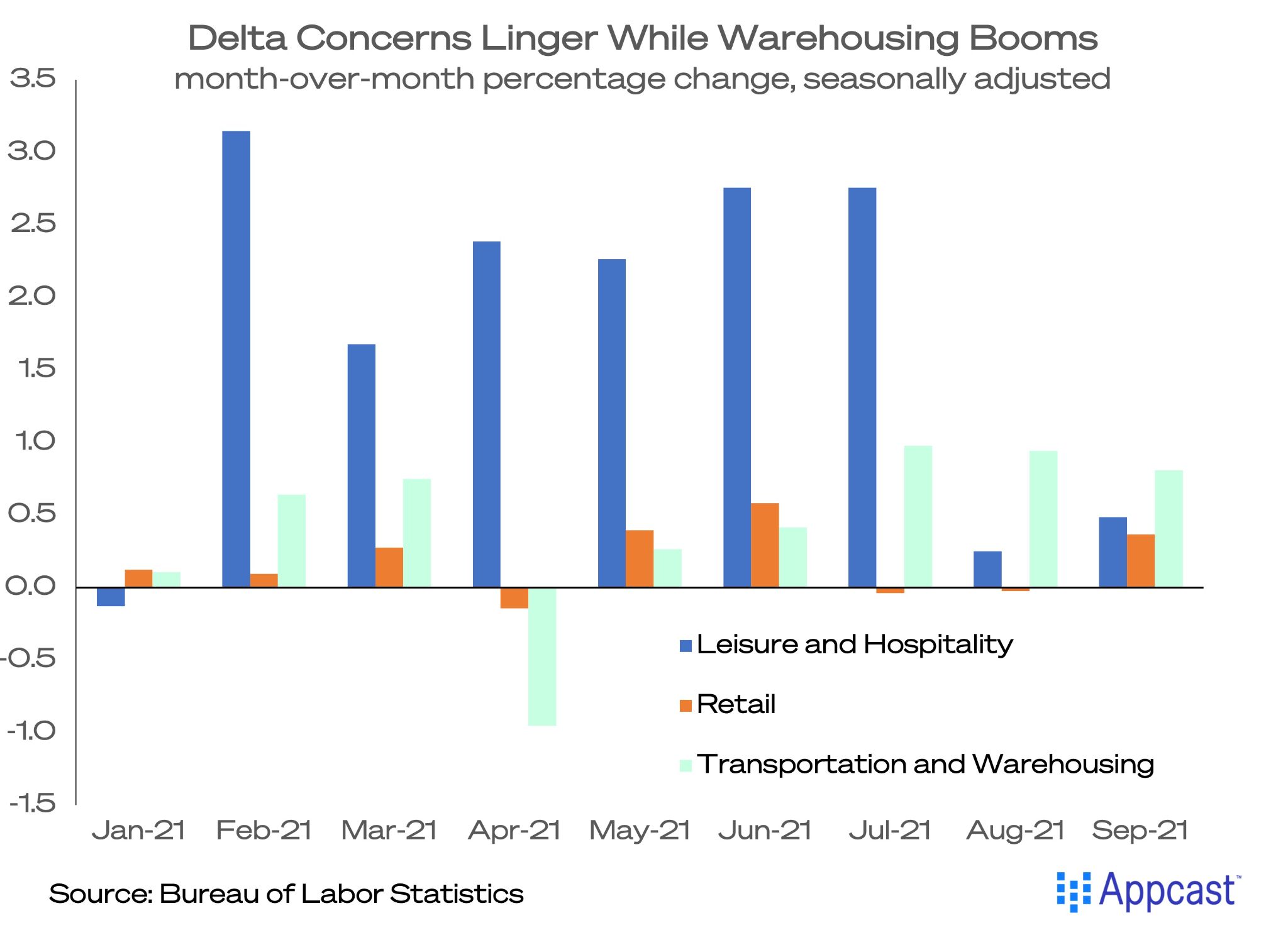 The unemployment rate declined sharply, from 5.2% to 4.8% – but this was a bad sign. While employment grew, the denominator (the labor force, those actively looking for work) shrunk by 183,000. It appears that the expiration of enhanced unemployment insurance benefits had little, if any, effect in forcing more people to search for jobs. The number of unemployed people who are “reentrants” (searching again) declined by 198,000. The prime-age employment-to-population ratio – the share of those 25 to 54 years old working, and the best overall measure of worker participation across the economy – was flat at 78.0%. But the labor force is still millions short of its pre-COVID levels, exacerbating labor shortages. 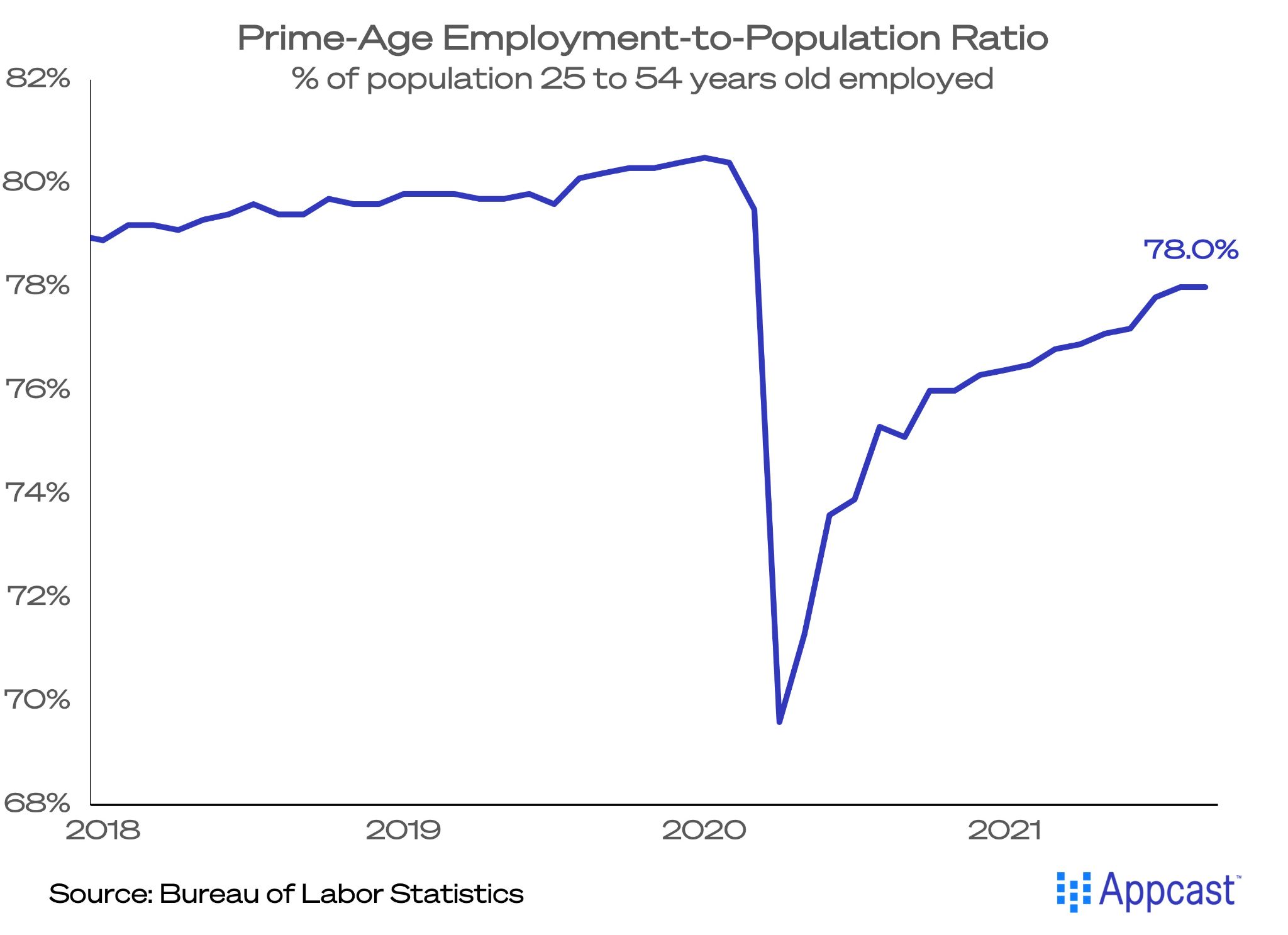 September is usually the biggest hiring month for education, but seasonal hiring patterns have been badly distorted during COVID. Schools are struggling to hire bus drivers, cafeteria staff, and support staff. And it showed up in the data: A big factor in the slow payroll growth in September was a 123,000 decline in government jobs. More than all of that decline (144,200) was from local government education. State government education jobs also declined, by nearly 17,000. 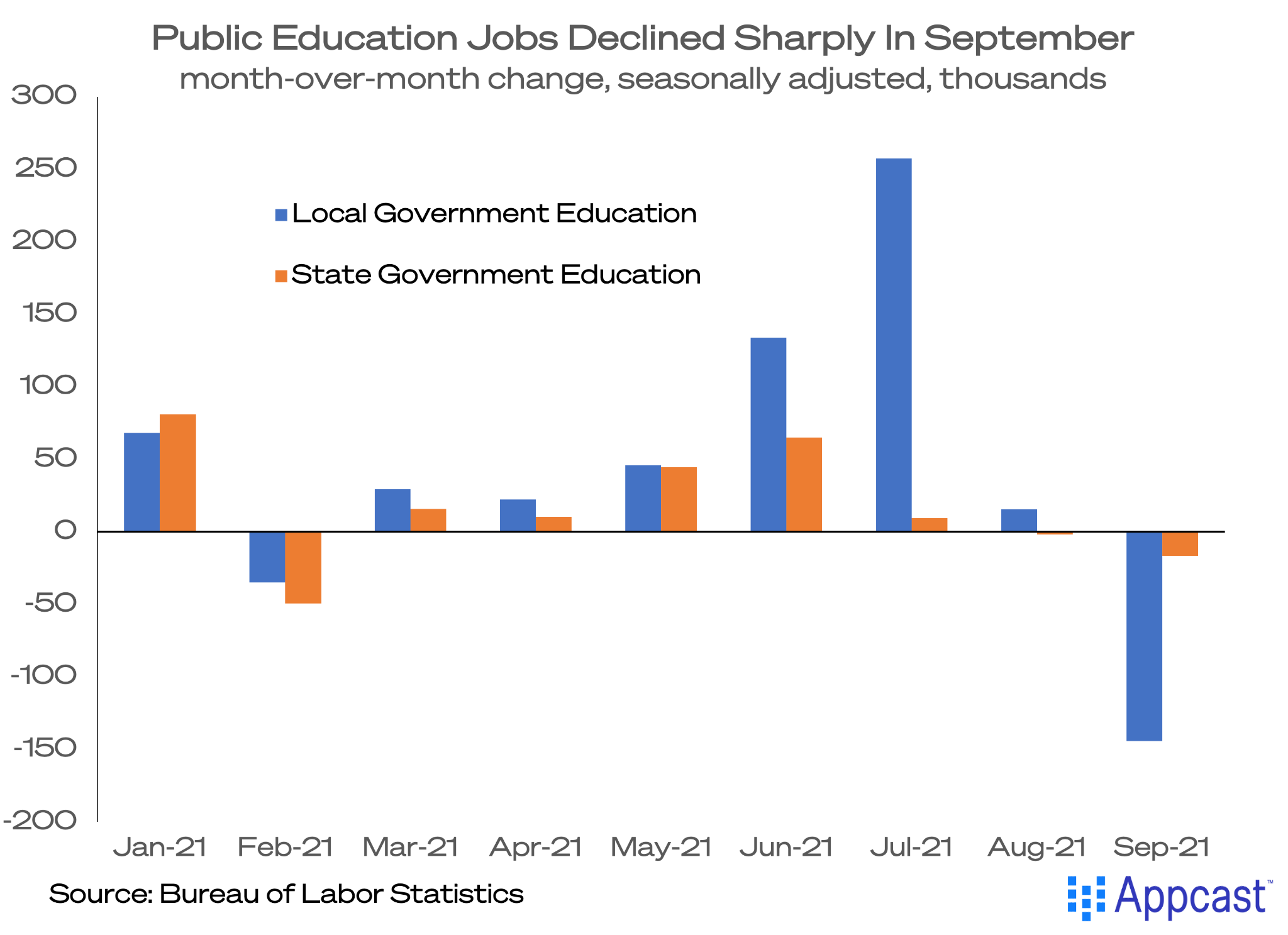 Wage growth continues to be strong

Employers are eager to hire – reflected in the nearly 11 million job openings in July. But as the Delta variant has likely made many would-be job seekers hesitant, what has resulted is labor shortages and strong wage gains. Average hourly earnings for all employees rose 4.6% in September, compared to a year ago. But for rank-and-file workers – production and nonsupervisory employees – it rose even faster, up 5.5%. From February 2020, nominal wages (that is, not adjusted for inflation) are 9.1% higher for rank-and-file employees, and up 8.2% for all workers. Strong wage growth is from a confluence of factors – strong demand by employers and higher inflation being two notable causes. 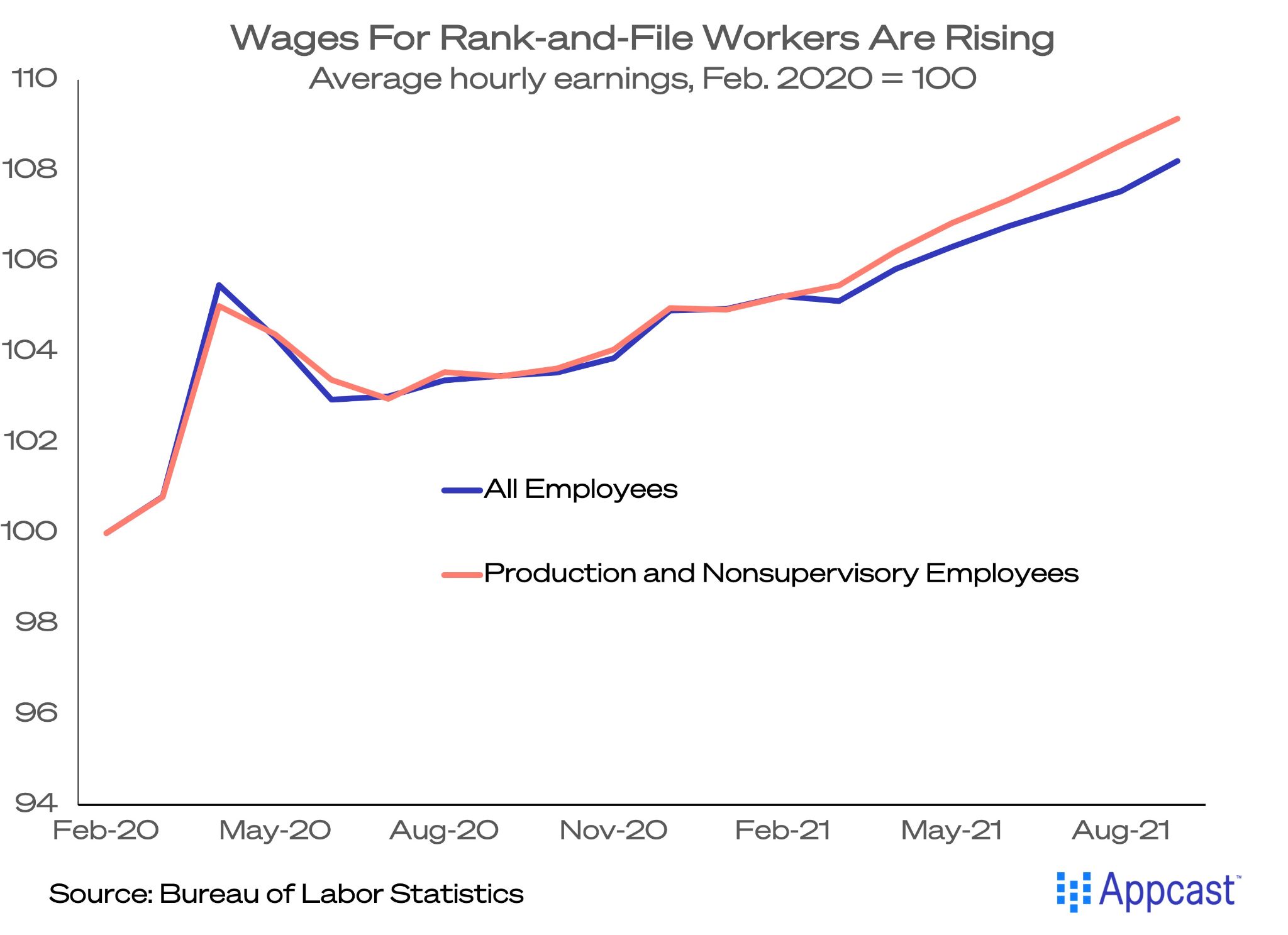 Slower hiring growth because of Delta concerns and skittish job seekers indicate that the current tight labor market isn’t going away. Competition for workers is intense, and you may have to offer higher wages to entice them. Given how virus concerns are in flux, it will be interesting to see how the usual rush of holiday hiring will look this year. Stay tuned for future updates as we keep an eye on this ever-changing hiring landscape! 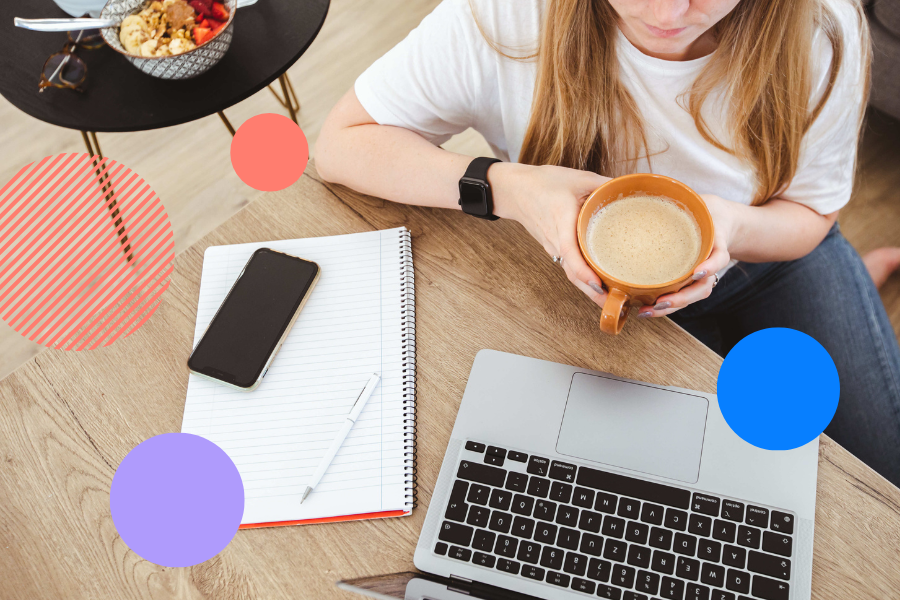 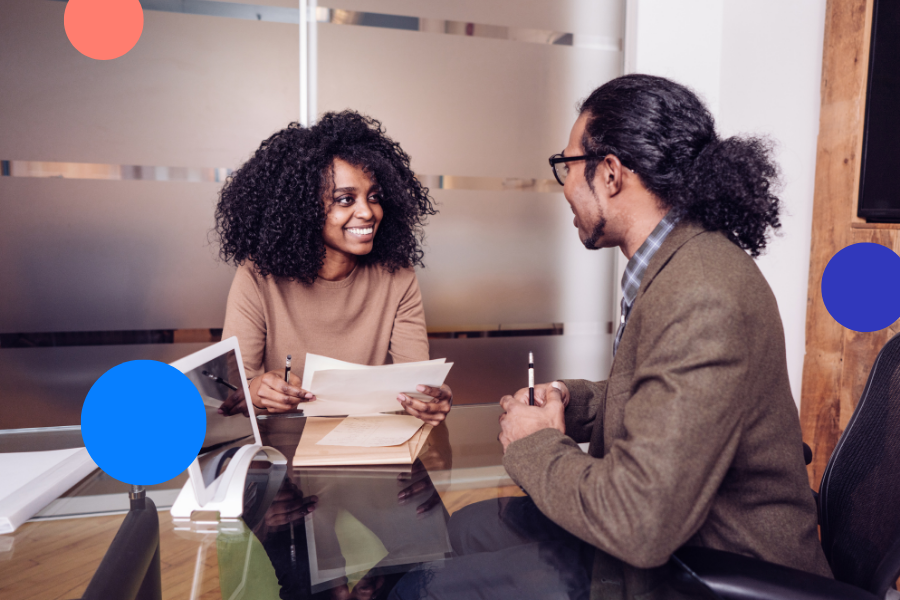