Job Ads: If You’re Doing it Right, Your CPC Bids Should Be Going Up 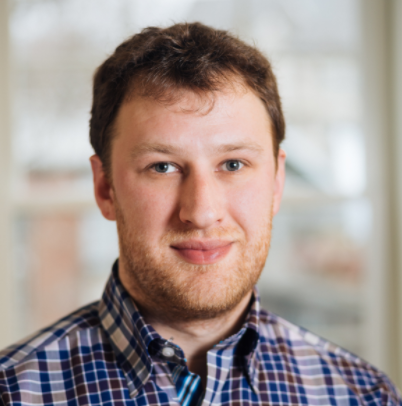 If you’re operating a high performing job advertising strategy, your CPC bids should be going up.

Think deeper… again: ‘If you’re doing it right, your CPC bids should be going up.

There’s a common but misheld perception (shared amongst many job board operators, and employers alike), that performance media is a race to the bottom… that it’s all about exploiting publishers to get more for less.

It’s actually quite the opposite.

Let’s recall the goal of recruitment marketing: a healthy candidate pipeline for each and every role that needs to be filled.

Because of all the pressures to do more with less, practitioners don’t necessarily appreciate that the most optimal way to bid is often ‘up.’  But let’s dig in…

Some jobs don’t need any help at all.  Because of the role, employer brand, and organic/unpaid exposure, the pipeline is already full without paying a dime. Other jobs need a little boost.  And some jobs are downright impossible to fill… unless…

Suppose you’ve implemented a recruitment strategy that does not sponsor or quickly unsponsors low-priority and easy-to-fill jobs (more on this later), leaving only the harder-to-fill jobs in your paid media plan. These are the jobs that command a premium CPC to get visibility on job boards and aggregators. The good news: because you’re only sponsoring hard-to-fill jobs, your budget doesn’t need to be spread thinly, like peanut butter across all jobs – with correspondingly low bids justified by the fact that you’re stretching to ‘make ends meet’… you can afford to bid higher to win the war for the scarce talent!

By the way, if you’re stuck wondering how to source applicants for hard-to-fill jobs, check out this link to our case study.

Performance based job ad models allow companies to pay per click or, even better, per apply, compared to duration based ’pay per post’ ads, where you pay regardless of what (or who) you get.

Let’s look at an example contrasting the two models:

If you run recruiting at a hospital and you need to make 100 hires this year across a variety of roles, when you buy postings on a duration-based model, you spend the same amount of money per post regardless of the role you’re hiring for… even though the demand and difficulty of finding registered nurses is very different than finding a healthcare admin.

This is bad for both kinds of roles. For the administrative roles, you are probably overpaying based on the difficulty of finding those admins, and the job board is charging more than they should. In contrast, you’re also under paying for the registered nursing jobs, and the job board can’t invest as much as it may want to help you find more of these hard to find candidates. This model fails to reflect market demand, and thus, what you pay for candidates will reflect that also.

Before programmatic recruiting technology became available, it was practically impossible to choose optimal click or apply bids in performance media buys. It was common for recruiters to call job sites and aggregators (whose sales & client success teams had little to no access to data to inform the right bid), and they’d suggest $1.00, or some other relatively arbitrary rate per click. If you received 1,000 clicks, for example, you’d pay the same amount for healthcare administrator clicks and nursing clicks – $1.00. The catch: you’d get significantly more clicks on your healthcare administrator jobs because they’re easier-to-fill than the registered nursing jobs. It leaves a bad taste in your mouth… but what to do?

Now, with programmatic options available, separation of admin jobs and nursing jobs is possible, without extraordinary time & effort. On top of that, you can choose to only sponsor jobs that have fewer than X number of applicants. As marketers in consumer advertising have known for years – attracting the right kind of audience (filling your pipeline) is dependent on setting the right strategy in motion. It’s critical to understand market imbalances and to act accordingly.

As you start out with performance media, you may start your bid at $1 per click (since that’s what your job board partners recommend) for all roles. After 30 days, analyze the performance of the media. You will find that:

Your CPC bids are going up.  And you’re happy about it.

Your total budget remains the same but your new strategy is helping you get closer to where you’re trying to go – filling your candidate pipeline for every available position.

While this is only one example, you will find that these patterns apply to any industry. Marketing directors are in shorter supply than marketing associates. It’s the same for SaaS companies that hire account managers and java developers, and banks that hire salespeople and actuaries. The dichotomy of the market for different roles and the bids required to fill them, apply to organizations in any industry.

By bidding ‘up’, your roles are filled faster, for the same budget – definitely a win-win for you and your performance media job board partners.

To learn more bidding best practices to optimize your job advertising, download our ‘Guide to Performance Job Advertising:
Get your Guide